MLM's mission is simple: to forge a lifelong collaboration with their clients, through trust, honesty, skill and hard work.

Mark E. Landesman is the founder and president of ML Management Partners, LLC. (MLM). Mark began his career in 1981 at a ...READ MORE +

New York accounting firm, leaving in 1988 to become the Vice President and CFO of Eddie Murphy Productions, Inc. Shortly thereafter MLM was established, as Mark also began representing Arsenio Hall and Chris Rock in the early stages of their career.

Mark has continued to grow MLM, where he now represents well over 100 A-list actors, comedians, writers, directors and employs a staff of 40. Mark has never lost his "hands-on" approach with his clients and is responsible for guiding them through all phases of their professional careers and personal lives; overseeing real estate deals, investment strategy, contract negotiations, estate and tax planning. Mark takes great pride in the relationships he maintains with his clients, many of which are in excess of 25 years.

Mr. Landesman has been named in The Hollywood Reporter's "Top Business Manager" edition for the last seven consecutive years and named as Variety Business Manager Elite Honoree in 2018

Paul Zukowsky began his career at a New York based accounting firm and became one of the youngest CPAs to make partner. ...READ MORE +

Paul’s lifelong love and appreciation of the arts has led him to become Board Chair of the Friends of the Neuberger Museum of Art, SUNY Purchase, a prominent art museum of 20th century and contemporary art. For the last several years, Paul has been included on the list of "Hollywood’s 25 Most Powerful Business Managers" by The Hollywood Reporter.

He is continuing to make his name in the Entertainment space representing stand-up comedians, writers, actors/actresses, as well as production executives and venture capitalists. Scott began his career at Deloitte after graduating from the University of Maryland’s Robert H. Smith School of Business. Scott is a Certified Public Accountant and a member of the NYSSCPA and AICPA. He currently resides in Manhattan with his wife.

Jessica has been an integral part of the growth and development of MLM. ...READ MORE +

She began her career here in 2003 after graduating from the Si Newhouse School of Communications at Syracuse University. Jessica has overseen the personal and commercial insurance for MLM clients for the last two decades, with a vast experience in claim management. There are very few problems that Jess can’t fix and our clients and staff know that! In 2018, Jessica was named COO of the company whereby putting her immense knowledge of the industry to use in overseeing our staff and making sure our level of service remains second to none. Jessica resides in New Providence, NJ with her husband and two sons.
Download vcard

John joined the firm in 2018 as the head of the Tax Department with over twenty years ...READ MORE +

of experience in providing tax advice and expertise to high net worth individuals, their families and closely held businesses. John specializes in high level tax planning and solutions.
Download vcard

MLM tailors its business management service to each client's individual needs.
These services may include:

MLM provides the following tax and accounting services, through its highly trained and experienced tax department: 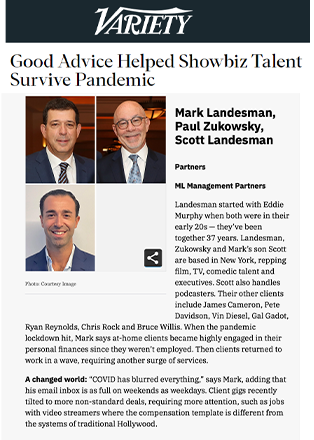